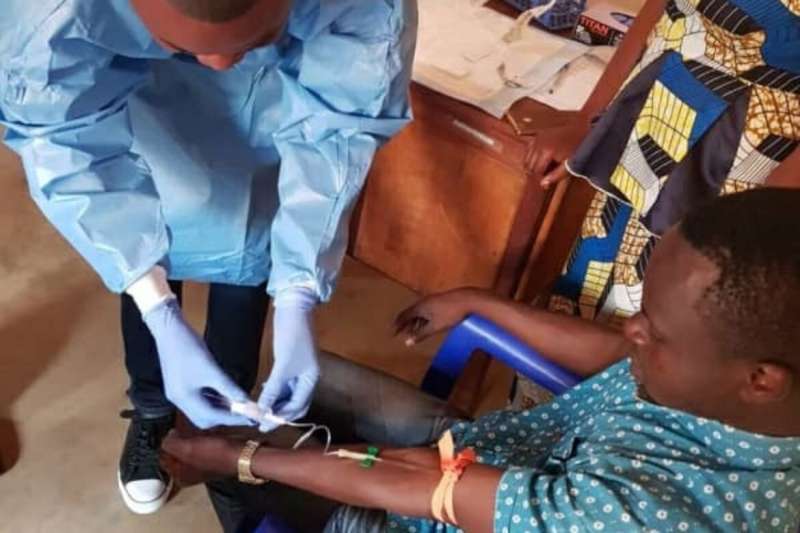 A new study by UCLA researchers and colleagues demonstrates that the Ebola vaccine known as rVSVΔG-ZEBOV-GP results in a robust and enduring antibody response among vaccinated individuals in areas of the Democratic Republic of Congo that are experiencing outbreaks of the disease. Among the more than 600 study participants, 95.6% demonstrated antibody persistence six months after they received the vaccine.

The study is the first published research examining post–Ebola-vaccination antibody response in the DRC, a nation of nearly 90 million. While long-term analyses of the study cohort continue, the findings will help inform health officials’ approach to vaccine use for outbreak control, the researchers said.

Ebola, one of the world’s deadliest viral diseases, was first identified in 1976 following an outbreak near the Ebola River in the DRC. Since then, outbreaks have occurred intermittently in sub-Saharan Africa, including 12 outbreaks in the DRC, where the disease remains endemic.

The single-dose rVSVΔG-ZEBOV-GP vaccine, officially licensed in 2019 by both the U.S. Food and Drug Administration and the European Medicines Agency, was administered to more than 300,000 individuals in the DRC during outbreaks between 2018 and 2020. Until now, however, studies examining the antibody response of vaccinated Congolese populations were lacking.

UCLA researchers and their colleagues from the Democratic Republic of Congo’s National Institute of Biomedical Research studied individuals who received the vaccine during an Ebola outbreak in the DRC’s North Kivu Province. Between August and September 2018, the team worked alongside the DRC Ministry of Health’s Expanded Program for Immunization and the World Health Organization to enroll and vaccinate 608 eligible individuals who were contacts of people infected with Ebola or contacts of those contacts—an approach known as “ring vaccination”—as well as health care and frontline workers in affected or potentially affected areas.

The study provides crucial evidence that antibody response and persistence after rVSVΔG-ZEBOV-GP vaccination is robust in outbreak settings in the DRC. The findings are an important contribution to researchers’ and public health officials’ understanding of the vaccine response, which will aid in the ongoing development of strategies for deploying vaccines to control future outbreaks of Ebola in areas of the DRC and beyond.