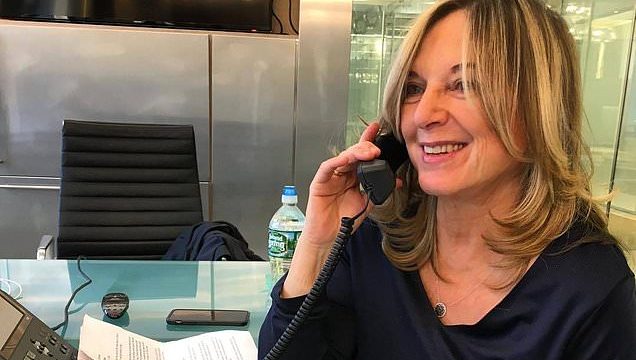 Doctor reveals how your BLOOD affects your sex life: Eating lots of red meat or ice cream damages vessels making it harder to maintain an erection or orgasm

The contents of your blood could make-or-break your sex life, an expert says.

Dr Florence Comite, an endocrinologist from Brooklyn, New York, says that a person’s blood plays a crucial role in their sex life.

Whether it is a man’s ability to maintain an erection, or the frequency and strength of orgasms, blood has a massive impact on a person’s sex life.

Changing a person’s diet to include more vitamins and minerals that are good for sex – while avoiding foods that cause the development of ‘bad blood’ could be a boon for some, she says.

An overabundance of sugar, cholesterol and iron in the bloodstream can cause a person to have lower libido and affect their ability to orgasm. For men in particular, it can cause restricted blood flow and narrow vessels – making it hard to maintain an erection.

Eating foods high in zinc – like beans -, flavanoids – like many berries -, and vitamin B6 – salmon and tuna -, can help boost a person’s sex drive as the foods help a person maintain healthier blood and boost libido. 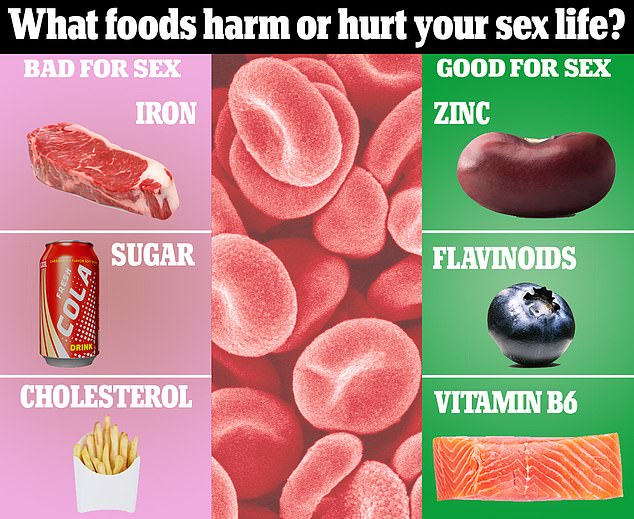 ‘There are chemicals in the bloodstream – enzymes, cholesterol, sugar, iron – that can stop the way we function sexually and interfere with our interest in sex,’ Cormite explains. 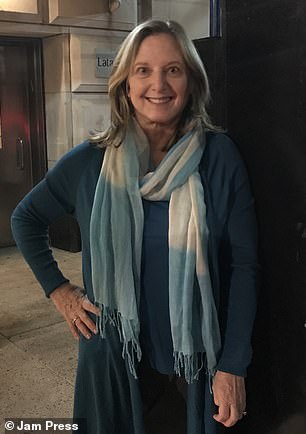 Dr Florence Comite (pictured), an endocrinologist from Brooklyn, New York, warns that bad blood contents can damage a person’s ability to perform in a bedroom

‘Figuring out what’s going on in your bloodstream… you can look at the interference it has with your sex life.’

She notes that while blood itself can not be ‘bad’, the contents in a person’s blood could make it less healthy.

High blood sugar, for example, is known to cause issues for a person in the bedroom.

The National Institute of Diabetes and Digestive and Kidney Diseases warns that high blood glucose levels can damage vessels and nerves.

‘Damage to nerves that control sexual stimulation and response can impede a man’s or a woman’s libido or orgasm or the ability to achieve an erection firm enough for sexual intercourse in men.’

This can especially cause problems for men, as it makes it harder for enough blood to reach the penis for it to maintain erection.

The Centers for Disease Control and Prevention reports that a man with diabetes is three times as likely to suffer from erectile dysfunction.

A man suffering from high cholesterol could suffer from issues maintaining an erection as well.

WHAT IS LOSS OF LIBIDO?

Loss of libido is a reduced sex drive.

Past research suggests it affects nearly half of all women at some point in their lives.

It is often linked to relationship issues, stress or tiredness, but could also indicate an underlying health problem.

Sex drives vary person-to-person with no libido being ‘normal’, however, if it is affecting your relationship, it may be worth seeking help from a GP or psychosexual therapist.

The Boston Medical Group warns that having too much LDL – often called ‘bad cholesterol’ – can lead to plaque build up in the bloodstream.

As a result, blood will have trouble traveling to the penis of a man that is aroused and harm his ability to form and maintain an erection.

It also affects the production of testosterone, which sends sexual stimulation signals across the body.

Men with lower testosterone levels also have lower libido, also harming a man’s ability to keep an erection during sex.

‘Avoid all fried foods that are high in saturated fats and trans fatty acids; think french fries, buffalo wings, onion rings, and other fried snacks,’ Cormite says, warning that blood pressure should be monitored as well.

While iron is considered to be a part of a healthy diet by many nutritionists and dieticians, and over-abundance of it can be problematic as well.

A person who eats too much iron can form a condition called hemochromatosis, where they store excess deposits of the mineral in their blood.

People suffering from hemochromatosis will have lower libido, and have issues in bedroom as a result.

Foods like red meat, spinach and raisins are high in iron. While they are ok in moderation, overeating them could cause a person issues long-term.

These issues are solvable with proper diet and by being conscious of a person’s body, and their family history.

‘If diabetes or heart disease runs in your family, you can expect to have troubles in your sex life,’ she says.

There are also foods a person could add to their diet to boost their performance in the bedroom.

The element zinc helps boost the production of testosterone and prolactin – boosting sex drive and making orgasm easier to achieve.

Foods like beans, oysters, nuts and whole grains are excellent sources of zinc.

A diet that is heavy in flavonoids, which are found in many common berries, have been linked to a significant reduction in erectile dysfunction as well – especially among younger men.

Vitamin B6 – found in seafood like salmon and tuna – is also known to boost libido.