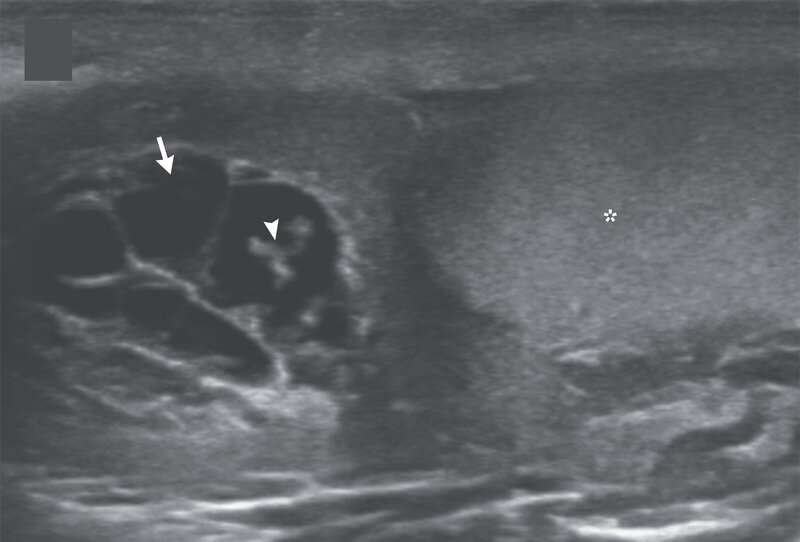 Two doctors at the Max Super Specialty Hospital in India has documented the filarial dance of scrotal worms on video. In the video, the undulations of live worms residing in a male patient’s scrotum can be seen.

The case study began as a 26-year-old man came to the hospital complaining of testicular pain. He told them it was associated with swelling of his scrotum and had been bothering him for approximately one month. He also had a slight fever. Suspecting some type of parasite, the doctors first examined the man using ultrasound after which they extracted some of the fluid that had built up in the scrotum for inspection by lab techs. They also took blood samples for the same purpose.

The lab tests showed a large number of absolute eosinophil in the blood stream and the ultrasound showed anechoic tubular channels along with an absence of color flow. Additionally, echogenic, linear structures could be seen moving around inside one of the channels—an activity the doctors described as a filarial dance.

The diagnosis was a type of parasitic infection known as lymphatic filariasis—in which a kind of nematode called Wuchereria bancrofti infects the lymph nodes, blood channels and other body parts, such as the scrotum. The parasites, like malaria, are transmitted through mosquito bites into the bloodstream, where they make their way to the lymph system. Once inside the body, they multiply quickly, producing millions of offspring. The filarial dance was due to the activity of the thread-like worms moving around inside of an infected portion of the body—in this case, the scrotum.

Wuchereria bancrofti infections are not seen very often in hospitals because it generally takes several bites for a patient to become sick enough to need treatment. But still, they are seen often enough that doctors know what to do when they see one. They prescribed diethylcarbamazine, a common anti-parasitic drug, and the symptoms disappeared over the following three weeks. A second ultrasound showed the treatment had cleared the patient’s body of the parasite.

The case study of the patient has been outlined by doctors Amit Sahu and Bharat Aggarwal in the New England Journal of Medicine.