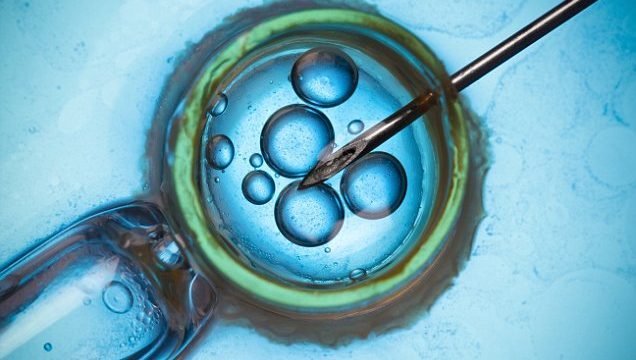 Britain is lagging behind other major countries in offering IVF: ‘Postcode lotteries’ and rationing are leaving childless couples heartbroken

Britain is lagging behind other major countries in offering IVF as ‘postcode lotteries’ and rationing are leaving childless couples heartbroken.

Thousands of couples could benefit from IVF treatment if local health chiefs did not pay over the odds, experts claim.

Some clinical commissioning groups (CCGs) pay more than four times as much as others for just one IVF treatment cycle.

Global figures calculate eight million babies have been born through IVF around the world since the first ‘test tube baby’ in 1978.

But Britain – the country where the technique was invented – is lagging behind other major European countries, such as Spain. 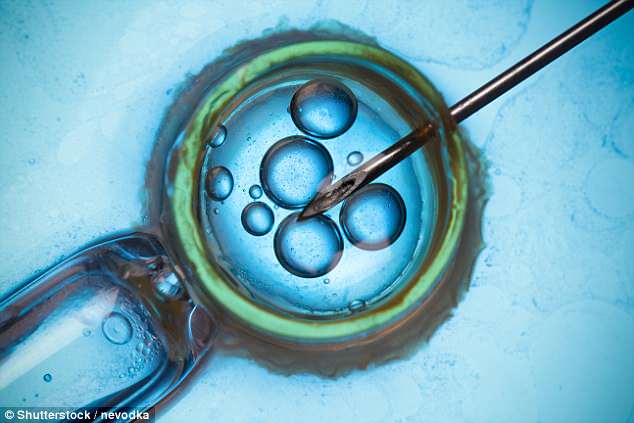 Thousands of couples could benefit from IVF treatment if local health chiefs did not pay over the odds, experts claim

Researchers found the annual numbers of IVF ‘cycles’ – treatments where a woman is implanted with a fertilized embryo – are vastly lower in Britain than in Spain.

The Iberian nation, which has a population of 46 million, dished out 119,875 cycles of IVF in 2015, the year for which the latest data is available.

Experts said particularly in comparison with countries with similar population sizes to the UK, a lack of funding for IVF is denying treatment for infertile couples.

This is despite National Institute for Health and Care Excellence (Nice) guidelines recommending that they do so.

Recent figures show only one in 10 CCGs in England will fund IVF to the full extent suggested by Nice – three full cycles of IVF for women under 40.

WHEN IS IVF OFFERED?

IVF is only offered on the NHS if certain criteria are met. If you don’t meet these criteria, you may need to pay for private treatment.

In 2013, the NICE published new fertility guidelines that made recommendations about who should have access to the treatment on the NHS in England and Wales.

However, individual NHS Clinical Commissioning Groups make the final decision about who can access it in their local area, and their criteria may be stricter.

According to NICE, women aged under 40 should be offered three cycles of IVF treatment on the NHS if:

If you turn 40 during treatment, the current cycle will be completed, but further cycles should not be offered.

If tests show that IVF is the only treatment likely to help you get pregnant, you should be referred for IVF straight away.

Aileen Feeney, chief executive of the Fertility Network, said: ‘Nice guidelines say three full cycles of IVF should be offered to women up to the age of 40, and one between the ages of 40 and 42.

‘Unfortunately, only in Scotland do they adhere to that. In England it’s very much the classic postcode lottery.

‘It’s so disappointing that IVF was invented in England and now you only get treated if you can afford it or you live in the right place.

‘Infertility is a disease and it should be treated like a disease, and treated on the basis of your medical need.’

Around one in six couples suffer from infertility – defined as a failure to get pregnant after 12 months of trying to have a baby.

Geeta Nargund, an advisor to NHS England and medical director of CREATE fertility, said: ‘The main reason we’re in this situation is because… different CCGs are paying different prices.’

She cited one CCG – Croydon in south east London – which paid a ‘ridiculously high amount’ of £8,000 or more for IVF cycles.

It has since stopped funding IVF treatments – contrary to Nice guidelines.

Dr Nargund added: ‘They could have been paying for four cycles of IVF for the same amount they were paying for one cycle of IVF.

‘Similarly you see across the country you see several CCGs paying very high amounts per cycle.

Freedom of Information figures obtained last year revealed that of 208 CCGs in England, only 24 meet national guidelines and seven offer no treatment at all.