With the lifting of most remaining mandates nationally on Friday, Australians are finally able to take personal control of, and individual responsibility for, the way they handle their contact with COVID. Free at last, we are urged to stay home if we’re sick, but no one has any authority to make us do so.

I suppose I should be hailing this as some kind of victory, a liberation from more than two and a half years of sometimes heavy-handed government intervention in my life. But what I’m actually feeling is something between “meh, whatever” and “is this actually such a good idea?”

The “meh” comes from the fact that, in practical terms, I’ve long since stopped feeling I could risk a fine for breaching some obscure emergency intervention rule, or risking death by breathing unfiltered air.

The “is this a good idea” bit comes from the realisation that no matter how much we might like to think COVID is so, like, 2020, it’s still with us, it still poses a risk, and it’s still likely to have many mutations in store for us (let alone the as-yet barely understood impact of long COVID, and the genetic damage the disease wreaks on some survivors).

Given these admittedly contradictory feelings, and while it’s nice to be treated as a responsible adult, I’m not sure I totally trust myself, let alone the person next to me, to behave as such without at least some kind of guiding hand to remind us what responsibility looks like in this ever-evolving environment.

The end of compulsory isolation – a measure that could be reversed, as chief medical officer Paul Kelly hinted, if circumstances change – feels like a formalising of the slow winding back of measures we’ve experienced over the past few months. 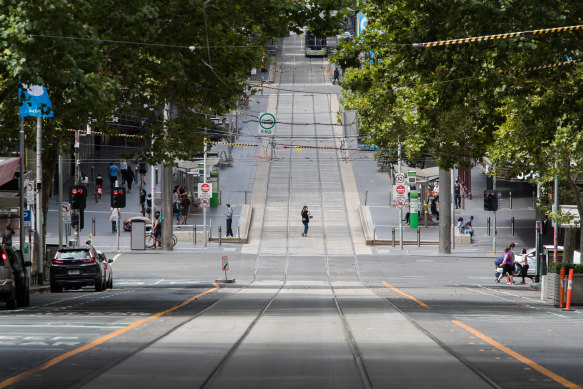 And what’s not to love about that? I’ve certainly enjoyed going to bars and restaurants again, and while I’m still inclined to wear my mask in the cinema I have risked a few cheeky train rides without it. It still makes me nervous, though, when someone near me coughs, and guilty when I do.

What I most feel about this moment, though, is frustration that even after all we’ve been through over these two and a half years, we’re still not able to be completely honest about the deal with death we’ve collectively made.

Our first COVID fatality was recorded on March 1, 2020. A year later the toll was still under 1000. Despite some major stuff-ups (cruise ships, hotel quarantine, slow vaccine rollout) we were the envy of the world at that point.

Daring to hope the worst was behind us, we began to open up in November 2021. The toll then was around 1700. Now it is almost 15,000. At the winter peak in July and August, 80 people were dying from this disease each day. 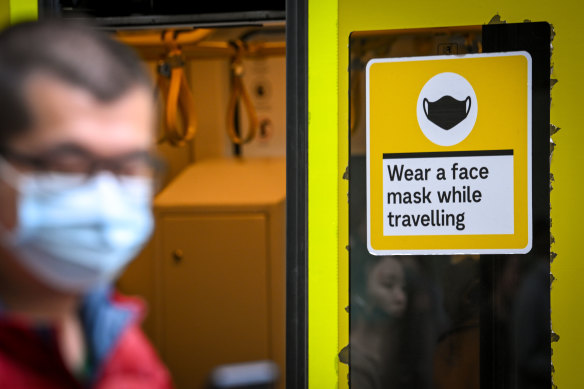 In the movies, the unmasking is a major moment. For us, it’s been incremental, but it still reveals a lot about us.Credit:Eddie Jim

On the streets, on talkback radio, in news outlets like this one, we demanded our liberty, and bit by bit we got it. But it has come at a price – more than 1000 deaths a month since last November.

It’s a brutal calculus, but we make similar assessments of risk versus reward in all manner of things, such as driving and swimming and skiing and workplace safety. What’s shameful, though, is that we haven’t been mature enough to openly acknowledge the deal we have made about COVID.

“We, the people of Australia, are happy to trade off 1000 deaths a month and as-yet-unknown long-term health effects in exchange for our liberties. Just so long as neither I nor anyone I know or care about is among the dead.”

Declining case numbers, high vaccination rates and assumed high immunity among the general population are the backdrop against which our liberty has been returned to us.

This background allows governments to reset with measures that are proportionate and targeted, as Prime Minister Anthony Albanese put it.

That’s all well and good, and I have no desire to return to the grim era of lockdowns. But if we’re really going to be mature about this, let’s also take responsibility for the deaths we’re willing to trade off so we can enjoy life to the fullest.

And let’s not kid ourselves that the pandemic, and the tough choices it presents, is over.