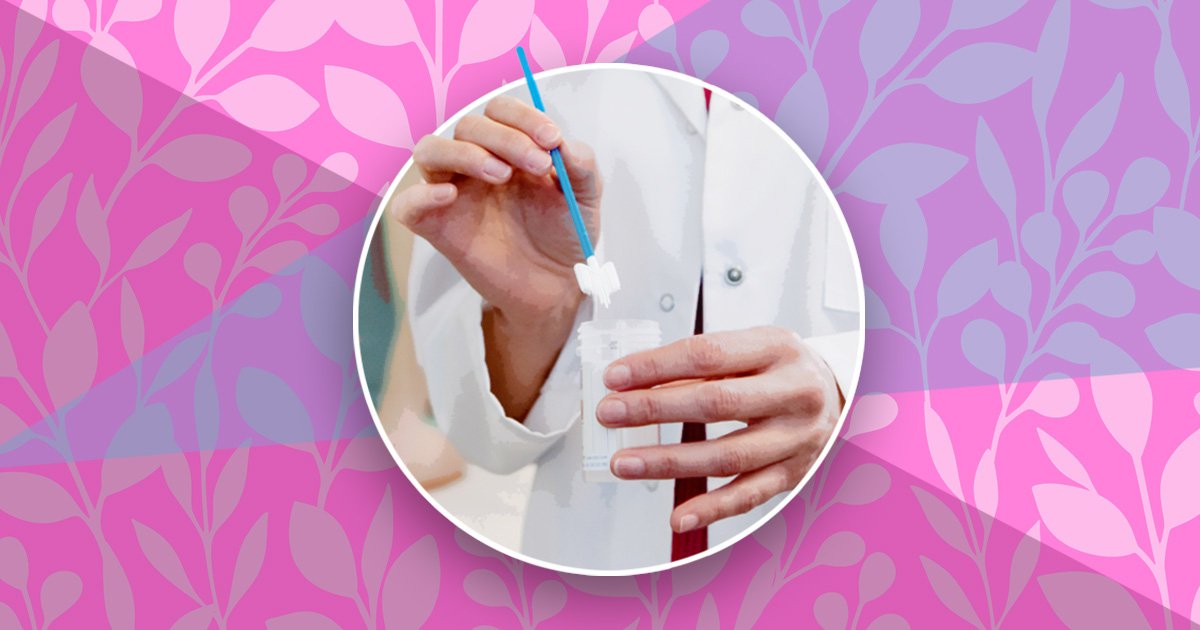 For most women over 25, getting a smear test is simple; nerve-wracking to begin with but, ultimately, fine.

But, for women like Eleanor*, 29, who has vaginismus, it’s a different story entirely.

‘I know they’re necessary, but smear tests cause me absolute agony to the point where I’m literally sobbing due to the pain,’ she tells Metro.co.uk.

Vaginismus is a psychosomatic disorder that causes the vaginal muscles to tighten automatically when penetration is attempted, causing any kind of penetration to be uncomfortable, painful or even impossible.

‘Most nurses are unsympathetic,’ she adds. ‘Frankly, I’m tired of hearing that it doesn’t hurt, and it’s uncomfortable for everyone.’

‘A smear test involves collecting cells from the opening of the cervix in order to screen for any abnormalities,’ Dr Laura Vowels, principal researcher and sex therapist at Blueheart, explains.

A speculum is used to open the vaginal walls, making the cervix visible.

‘While this is usually a painless procedure, it can cause excruciating pain for those with vaginismus,’ Dr Vowels adds.

Unfortunately, this is sometimes lost on GPs and gynaecologists.

Despite being thought to affect some 5% of people with vaginas, many people are in the dark when it comes to the disorder, which can have profound mental effects on those dealing with it.

Depending on the severity of the condition, the ease of performing a smear test can differ from patient to patient, ranging from being uncomfortable to completely impossible.

Lisa*, 30, was diagnosed with vaginismus aged 19, during a gynaecology appointment for a separate issue.

Over the last 10 years, she has had very regular smear tests due to a complex gynaecological history.

In that time, she has had countless negative experiences.

‘I’ve had speculums forced a couple of times, which has caused a lot of pain and trauma afterwards, and actually just exacerbated the issue.’

Lisa recalls one appointment when, despite being aware of her condition, two nurses and a doctor repeatedly attempted to insert the speculum.

‘That day, I walked out of the GP surgery in such a state that another patient took me home in her car,’ she tells us.

‘I’ve even had a one healthcare professional who remarked they felt sorry for my husband and that I should force myself to try harder for “his sake,” – I’m a lesbian.’

Such experiences can turn smear tests, which are extremely important for checking whether a woman has cervical cancer, into traumatising experiences.

‘Gynaecological treatment can often make women feel uncomfortable and vulnerable, regardless of any additional medical conditions that they may have,’ says Dr Vowels.

‘Therefore, those with vaginismus are more likely to feel greater discomfort during gynaecological medical examinations and having this condition may make the experience a lot more distressing.’

It’s important to note that, while added tension and anxiety about the situation can increase the strength and duration of muscle spasms, this muscular reaction isn’t just controlled psychologically.

‘Vaginismus is a lot more complex than an inability to “relax” during penetration, so doctors need to be patient, understanding, and reassuring when conducting these medical examinations,’ she adds.

Thankfully, Lisa’s experience of getting a smear test haven’t been all bad.

‘Two GPs and two gynaecologists have been exceptionally sympathetic,’ she tells us. ‘What made the biggest difference was kindness, understanding of the root cause and being given an element of control during the examination.’

At her most recent smear, Lisa’s GP blocked off a whole hour for her appointment, went at Lisa’s pace and reminded her she could stop at any point.

She also showed her how to do breathing exercises to help her to relax her muscles and constantly reminded her that she would do her best not to hurt Lisa or cause her any distress.

‘Because I felt safe with the GP and the nurse, and more in control of the environment, I was actually able to complete the examination,’ says Lisa.

Things have also been better for Lisa since she found she could be prescribed diazepam to assist with the appointment.

‘I found out I could get diazepam after GP did my smear for me back in 2016.

‘Again, it was all done very slowly and in a patient-centred way.

‘Afterwards, she told me that in future they could prescribe diazepam to assist and that it seemed unfair to put me through that level of anxiety and discomfort every three years when they had medication that would help.

‘I was prescribed it for a smear in 2019 and that made an enormous difference as I was physically and mentally much calmer.’

Booking a longer appointment for the examination is something Dr Vowels sees as vital for people with vaginismus.

‘This can remove feelings of pressure for both the doctor and the patient to rush through the procedure,’ she says.

It’s also important for patients to inform their GP or gynaecologist of their condition beforehand, and highlight any worries or concerns they may have about the procedure.

‘This can help doctors to fully prepare and approach the appointment with sensitivity, as they shouldn’t ignore, misdiagnose, or misinform patients about their own pain,’ says Dr Vowels.

‘Most importantly, doctors need to understand that the symptoms and effects of vaginismus are different for everyone, so each case needs to be handled with care, before learning what works best for each person.’

Tips for getting a smear test while dealing with vaginismus

Though the examination can be painful, and it should be a healthcare professional’s duty to make their patients feel as safe and comfortable as possible, there are some things patients can do to prepare for a smear test.