Writer Chloe Gray can lift her own bodyweight in the gym but struggles with 1kg in a barre class — so why is the ballet-pilates fusion so difficult?

If I told you that I finished a workout with every single muscle in my body burning, from my wrists to the tiny tissues in the front of my hips, what would you think I had done? Maybe something hot and sweaty like Crossfit or an intensely weighted HIIT class.

But actually, I was in a bright, white room with just a mat, a ball and a pair of 1kg weights. I had been destroyed by barre – and not for the first time.

For some reason, it’s so easy to forget how hard the workout style is and get slapped with a huge, aching reality check every time you turn up. This time around, I’d booked in after a quick scroll through ClassPass, wanting something that was a little more gentle than my usual gym session but still made me feel strong.

I thought about the mat and the small weights but forgot about the pulsing and pain – and was immediately reminded of how un-gentle barre really is the second I gripped a rubber ball between my thighs and was told to squeeze.

Why is pilates so painful and does it ever get easier? Experts explain why certain pilates exercises are meant to burn

For those who don’t know what I’m talking about, barre is like a pilates-ballet fusion. “It’s characterised by lots of repetitions of small movements, pulses and holds both at the ballet barre and on the mat,” explains Clare Walters, master trainer and barre teacher at Third Space.

Think movements like pliés and shoulder raises but with added resistance and never-ending core control. “Barre has a reputation for being less intense because it’s bodyweight based and it’s low impact – you won’t find any burpees or thrusters in the class. But it’s challenging in a very different way. With the movements being small and the volume of repetitions being so high, it’s a big muscular endurance workout and elicits a deep burn in the muscles,” says Walters. 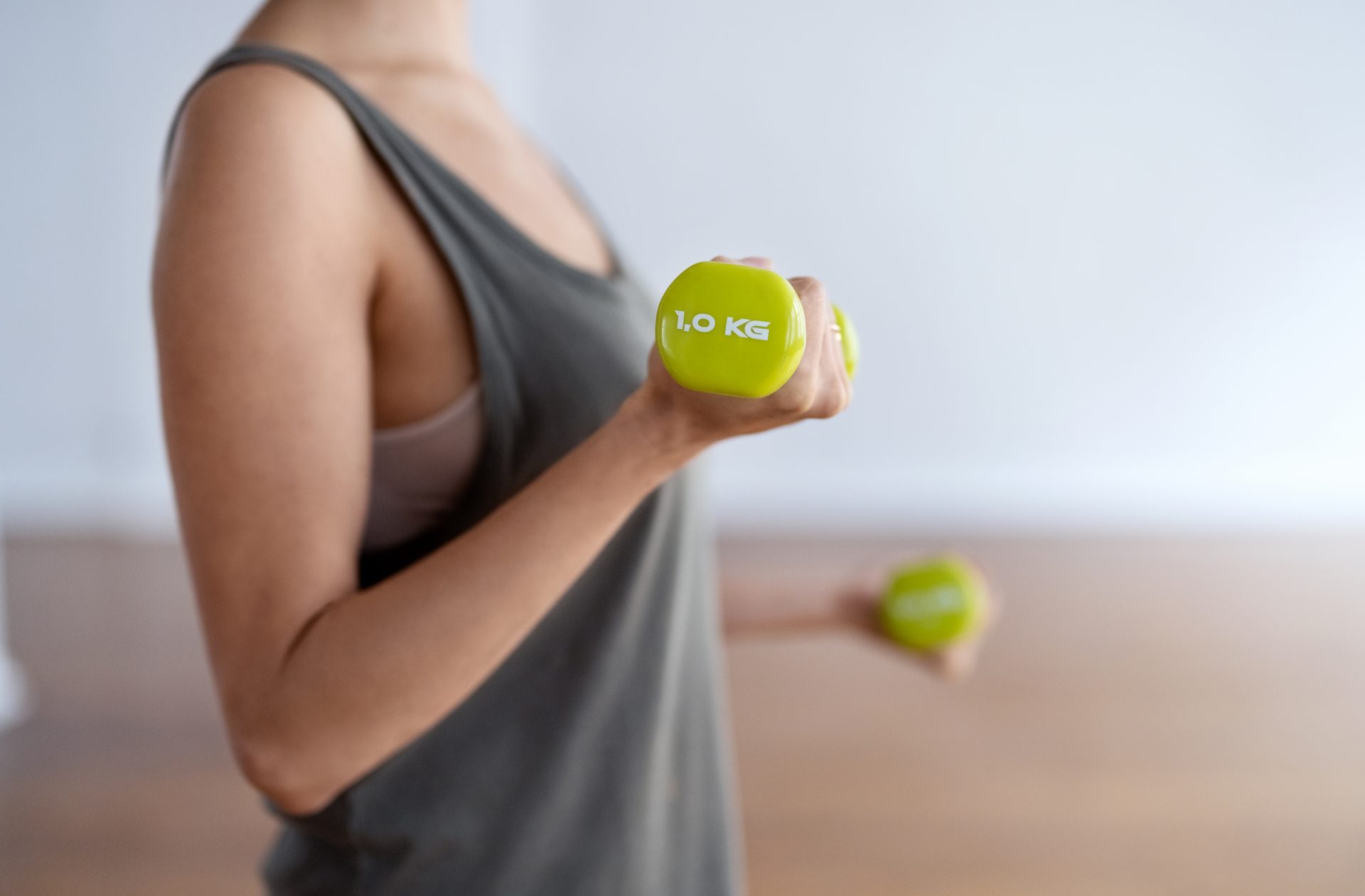 Pulsing with 1kg is hard in a barre class

Look, I get that barre works on the principle of high volume and time under tension. You might, for instance, do over a minute worth of clam shells, followed by the same amount of time doing clam shell pulses in order to keep the muscles moving for a long period of time. But as a seasoned exerciser who regularly lifts her own body weight in the gym, my arms suddenly become incapable of lifting a single kilo in barre. So what else is going on other than endurance that makes it so painful?

According to Walters, it’s because barre taps into parts of our bodies that other popular forms of training neglect:

“Unless someone has a specific focus on accessory work when lifting or complements their training with disciplines like pilates, the smaller muscle groups tend to be overlooked,” says Walters. “That means a bodyweight clamshell can be much harder than a heavy hip thrust.”

Bodyweight benefits: can you get stronger via bodyweight alone?

While compound moves will build all-over strength, small muscles like the abductors in the hips or the soleus in the calf don’t get much of a look in. But in barre, they become the focus. It’s why many people complain they hurt in muscles they didn’t know they had after the workout – like me right now, in amazement that the muscles on the side of my lower stomach could actually get worked to the point of DOMS.

“Barre is a 360-degree workout in that we utilise a lot of rotation in the spine,” she says. Unless you’re constantly Russian twisting, spinal rotation might not be a huge part of your workout. “Lifting and HIIT training is more linear (meaning up and down or forward and back), so adding this component of rotation can challenge the body in a new way,” adds Walters.

And the rotation doesn’t end with the spine. External rotation of the lower body is a huge element in barre, starting at the ankles when you turn your feet into first position and moving up the leg as you do fire hydrants and clams – very different positions to the usual squat and hinge shapes we tend to prioritise in the gym, or forward motion we make when we run.

Walters mentioned that barre is an isolation workout, meaning it targets individual muscles. But there’s a catch: “While the exercises might be targeting small areas of the body, it doesn’t mean the rest of the body isn’t working. For example, you might think that you’re only using the leg that’s extending or lifting in single-leg work, but you are also using the supporting side to stabilise the hip socket and maintain the knee-to-toe alignment,” says Walters.

When you’re in a tabletop position doing bird dogs or leg extensions, the core is working just as hard as the limbs. And to make it really scientific, Walters notes a theory dubbed Sherrington’s Law of Irradiation that says “a muscle working hard recruits the neighbouring muscles, and if they are already part of the action, it amplifies their strength.” Essentially, no muscle works alone.

Why do you have to push open your knees during squats? The importance of joint rotation, explained

For barre newbies, the tiring feeling might simply be the fact that we have to really think about the new skill. “The challenge often comes not from the heaviness of the weight but the coordination required,” says Walters. I’m not saying I tune out in my regular workouts, but I know I can be guilty of getting through my routine without being totally present. In a new class, with new exercises and new people, you’re really focusing on what you’re doing – and how much it hurts.

“Like with most things, the best way to improve is to keep coming to class as your body becomes accustomed to the movements and the muscle memory forms it will feel a little easier,” encourages Walters.

I just need to let my ego be OK with being humbled by 1kg weights again.