Brie rocks a simple, all-black workout set with a chunky gold chain necklace as she cheeses for the camera. But her ultra-defined six-pack is the real star of the show.

“Felt cute might delete later – or maybe I’d regret that 😜,” Brie captioned the post. “I learned so much from the comic genius @melissamccarthy on regrets for @learninglotspodcast 💕 Ya’ll got any regrets?”

But fans in the comments couldn’t stop yelling about her abs. “OK I SEE YOU ABS,” one user wrote, while someone else added, “THE ABS‼️‼️‼️ BEAUTIFUL😭😭.” Another fan said, “Oh Captain my Captain ! Brieeeeee you look FABBBB” (and that’s a hard same over here).

The abs in question:

I know. So, just how does Captain Marvel whip that core into such great shape? She tackles her super intense workout routine on the reg with her physical therapist, Jason Walsh, according to Women’s Health. 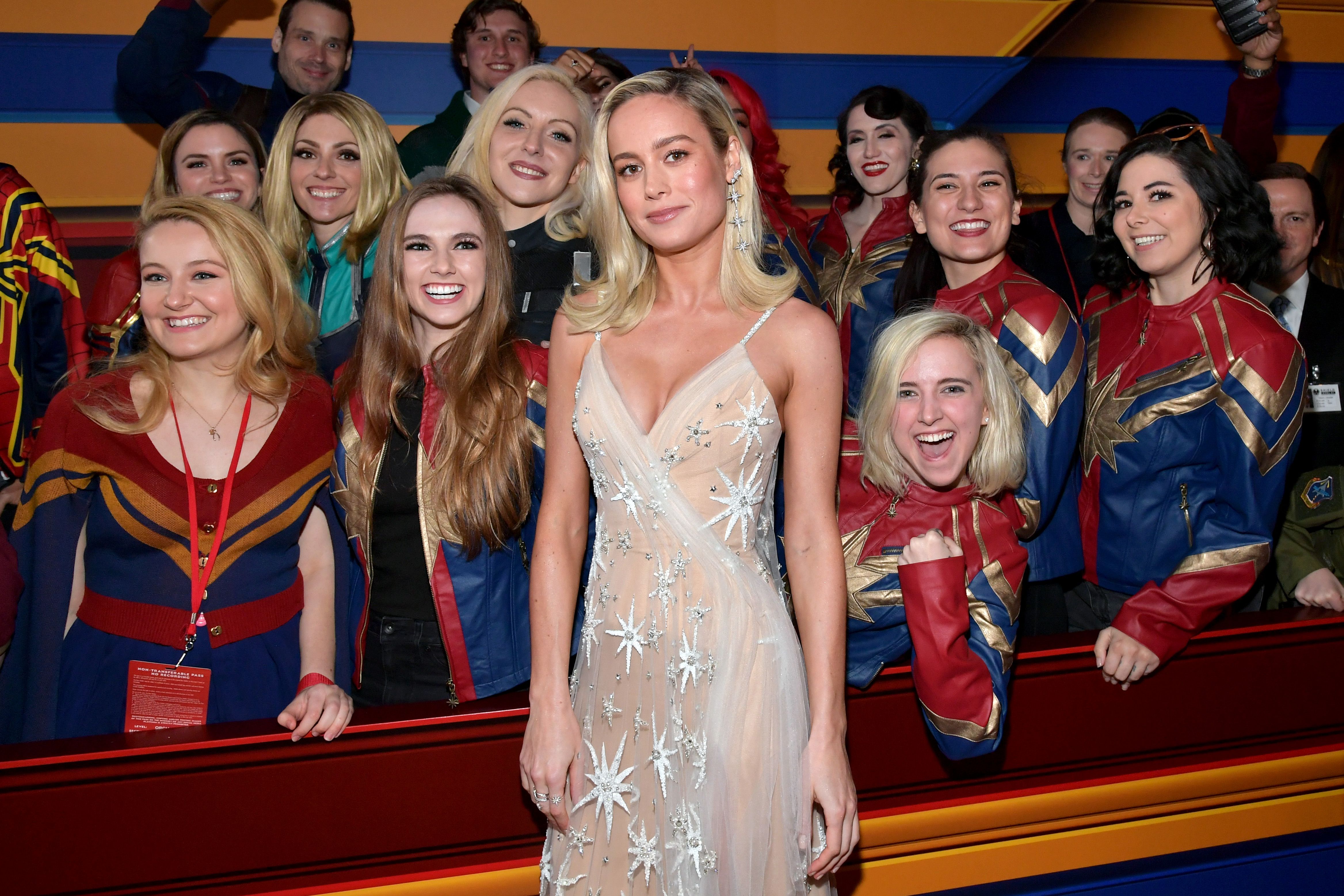 In a recent YouTube video, Brie shared her fave basic exercises, like stretches and squats. She noted in the vid that she’s used to only sharing her “greatest hits” with her followers.

“But they don’t realize that we actually started with all of these really fundamental, easy moves before we got that point, and that’s one of the reasons why we built so much resiliency and you were able to not get injured,” Walsh explained.

When she’s really looking to sweat, Brie turns to strength training, boxing, and rock climbing, per Women’s Health. She often shares sneak peeks at her gym time on Instagram, posting videos of herself crushing kettlebell squats with extra resistance and planks with an extra 45 pounds of weight (!).

“One arm push-ups and @oliviarodrigo karaoke to start the day. She’s thriving,” Brie captioned a recent post from the gym. That’s right, folks—one arm and one arm only:

Oh, and she sets (and crushes!) huge fitness goals all the time, like in this video, where Brie levels up with three one-armed pull-ups in a row.

As for her diet, Brie shared some of the food tips that helped her get in such great shape for Captain Marvel a few years ago. Her nutritionist, Dr. Philip Goglia, told People that Brie started her mornings off with a teaspoon each of almond butter and all-fruit jam or preserves.

“The most recent science has shown that a little bit of fat and a little bit of simple sugar will actually increase intensity rate while you train early in the morning… and allow you to still continue to train and burn fat,” he said. “That really does start your engine for you.” 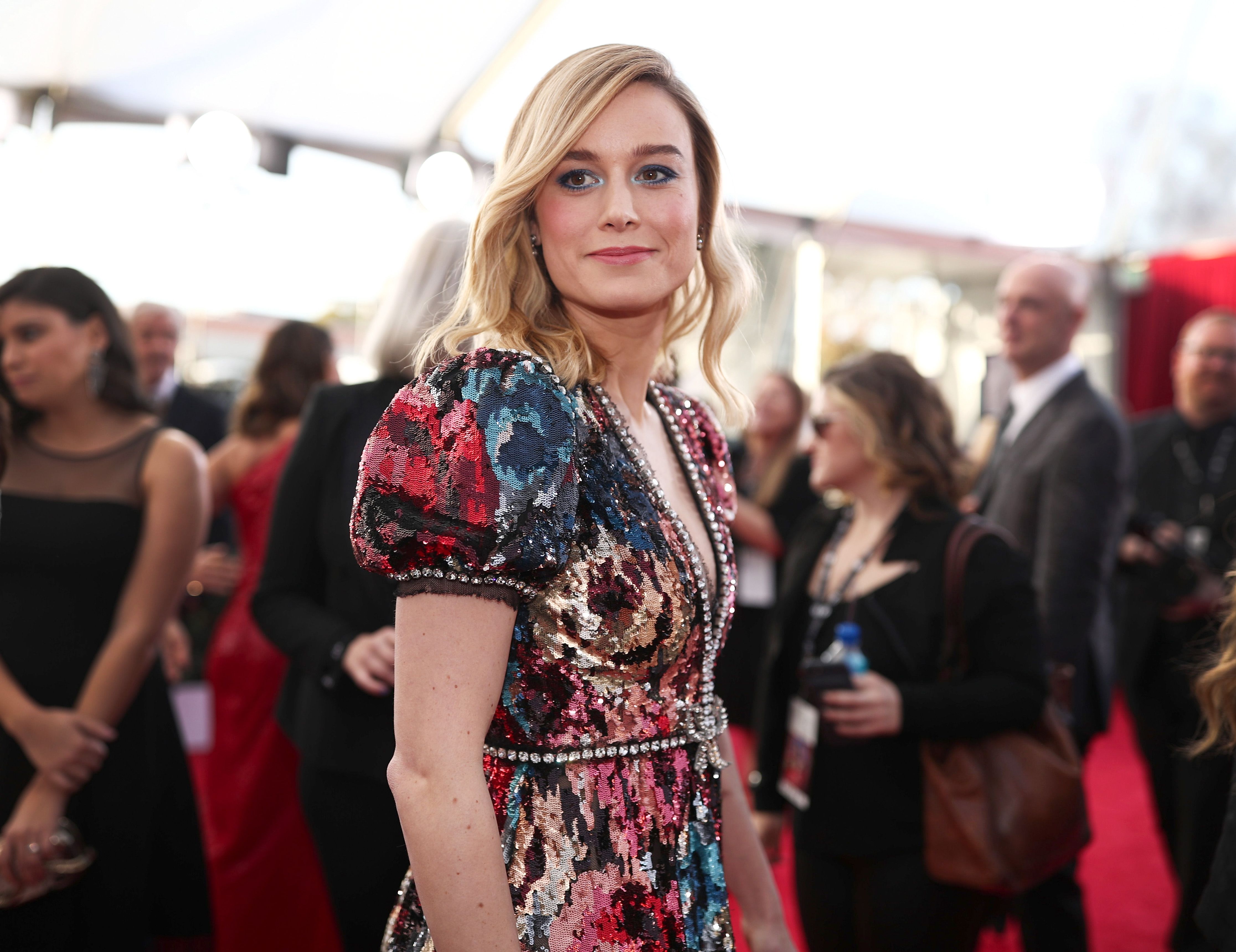 Brie had a protein shake or some eggs for breakfast. Then, she’d eat a bridge meal before lunch, which Dr. Goglia explained helps “get to lunch so that you don’t overeat lunch.” Brie ate pieces of fruit for her bridge meals before preparing chicken and veggies for lunch. 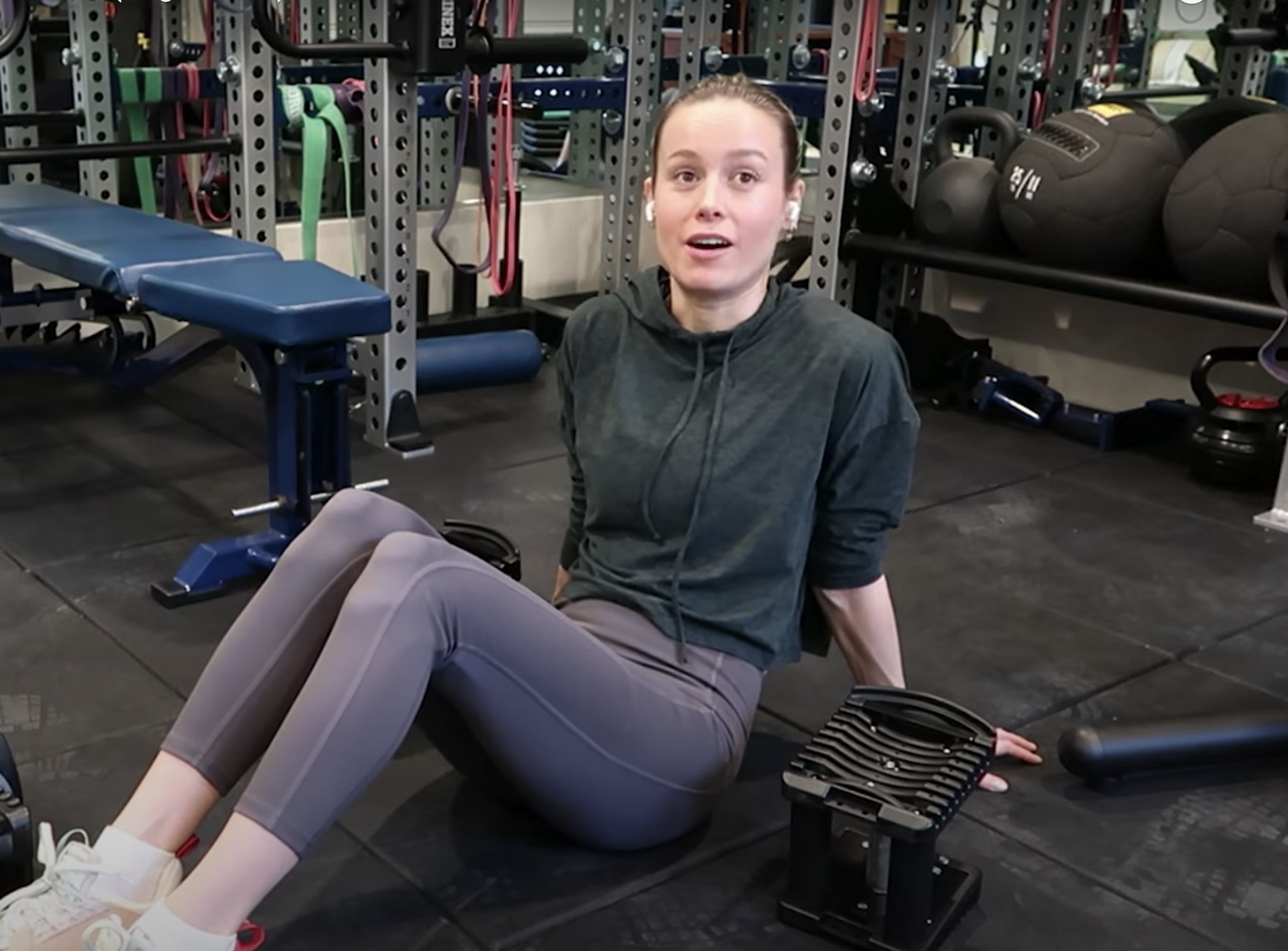 She’d have two more snacks before dinner, plus more fruit as a bedtime snack. Oh, and tons of water—think three to four liters a day. “I think water ought to be a prescriptive thing–it’s just that important,” Dr Goglia said.

It’s a diet truly fit for a superhero. Keep crushing it, Brie!