A nationwide study found that Liverpool is the allergy capital of the UK, with a whopping four in five of the North West city’s residents claiming to suffer from some sort of animal, food or pollen allergy, compared to a national average of 60 percent. The report, by klarify.me, found that Norwich was at number two on the allergy city list, with 72 per cent of those living there suffering, while Plymouth came in at number three with 71 per cent.

The study adds to the evidence that the UK is in the throes of an allergy epidemic. In the words of Amena Warner, Head of Clinical Services at Allergy UK, allergies are “a modern epidemic” and “allergic disease is rising dramatically.”

The study of 1,000 respondents who were surveyed nationwide found the most common allergy was pollen (64 per cent), followed by certain foods (28 per cent) and pets (22 per cent).

When it comes to symptoms sneezing (66 per cent), runny nose (60 per cent) and watering eyes (56 per cent) were the most prevalent problems.

However, 14 per cent of non-sufferers insist those with allergies simply make too much fuss about their symptoms and 12 per cent believe that the problems are all in the mind. 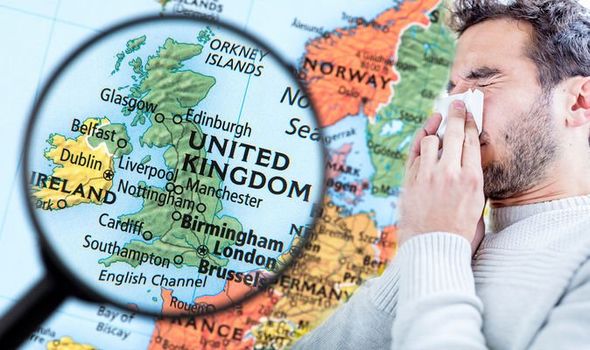 Two thirds say they don’t get enough sympathy and 90 per cent believe there should be more research into the science of the problem.

Allergy UK reports that more than 44 per cent of the UK now suffers from an allergy.

Interestingly, men claim to be less bothered, with only 52 per cent of them having flare-ups, compared to 65 per cent of women.

A fifth of sufferers say that they have tried everything to combat their symptoms, with 20 per cent using prescription drugs and 32 per cent buying from the chemist.

More than eight in ten say that they’ve been unable to find anything that works and unsurprisingly, a third of those polled would be interested in a drug-free alternative if it were available.

The NHS said: “Having an allergy can be a nuisance and affect your everyday activities, but most allergic reactions are mild and can be largely kept under control. Severe reactions can occasionally occur, but these are uncommon.”

The research found that overall, 60 per cent of Britons claim to now suffer from allergies and that six in 10 British allergy sufferers claim the symptoms are ruining their lives. The study also revealed that 65 per cent of Brits with allergies report that their symptoms impact them almost everyday.

According to the study the problem is more acute for pregnant women, with eight in 10 saying they suffered particularly during pregnancy as they were unable to use medicated solutions in case they harmed their baby.

Meanwhile a massive 85 percent of sufferers admit that they have been left exhausted due to lack of sleep caused by their symptoms.

Dr Ellie Canon, GP and medical expert said: “Hay fever is continuously seen as a ‘mild issue’ but I see people in my clinic regularly who seek medical help because their allergies negatively affect their everyday day lives significantly and this is very often hay fever.” 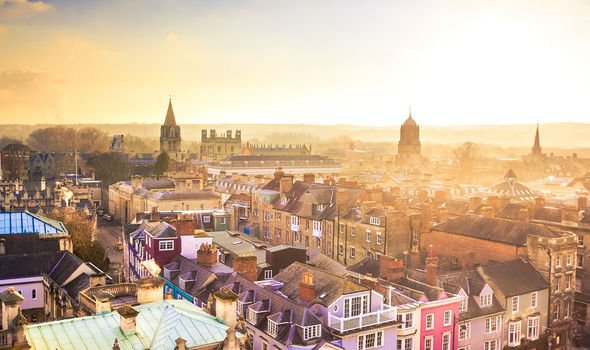 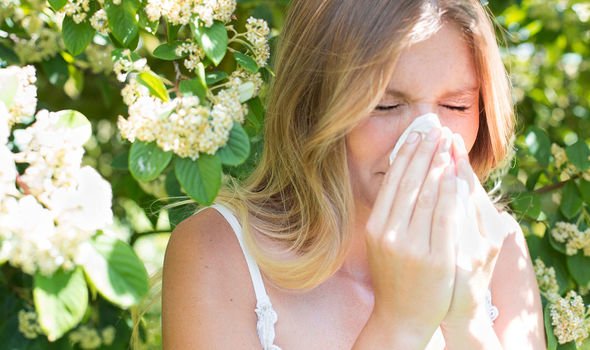 Diagnosing allergy can be difficult since the symptoms may be similar to other conditions. You may be referred by your GP to a specialist allergy service and our helpline can tell you where your nearest specialist clinic is and give you details to take to

Philip Pedersen, pharmacist at klarify.me which commissioned the research said: “We’ve taken it upon ourselves to provide a safe, efficient and drug-free add-on or alternative to whatever treatment people are currently using.

“Our mission is to create products that can be used by as many allergy sufferers as possible, and some of our products have been specifically designed to be used by pregnant and breastfeeding women and children down to 18 months of age.”

But that’s only the start of the trouble, nearly a quarter (24 percent) of those afflicted have cancelled social occasions, 22 per cent have argued with their partner because they were so agitated – and a further 21 per cent can’t go to friends’ houses because they get triggered.

The problems get more intense with 19 per cent having been embarrassed at work, 15 per cent saying their holidays have been ruined, 4 per cent having had to quit a job and one in fifty sufferers say their wedding was ruined by their symptoms.

Allergy UK added: “An allergy is the response of the body’s immune system to normally harmless substances, such as pollens, foods, and house dust mite.

“Whilst in most people these substances pose no problem, in allergic individuals their immune system identifies them as a threat and produces an inappropriate response.

“The first step in managing an allergy is identifying the cause of the problem. Diagnosing allergy can be difficult since the symptoms may be similar to other conditions.

“You may be referred by your GP to a specialist allergy service and our helpline can tell you where your nearest specialist clinic is and give you details to take to your GP.”