Though Jennifer Lopez hasn’t offered any hints about her upcoming wedding to Alex Rodriguez, the star was spotted in New York City wearing an extravagant Zuhair Murad Couture lace dress last night, en route to the set of her new romantic comedy Marry Me.

In the film, J.Lo stars alongside Latin singer Maluma and Owen Wilson, who crashes her wedding. Just kidding. Well, sort of. The story is based off a graphic novel by Bobby Crosby, about a pop star (J.Lo) who, seconds before marrying at Madison Square Garden, discovers that her rocker fiancé (Maluma) had an affair with her assistant.

According to Variety, “she breaks down on stage and picks a random man (Owen Wilson) out of the crowd to marry instead.” Getting Notting Hill vibes for sure, but the bigger question: These pop stars were supposedly going to get married onstage? In public? And it wasn’t a publicity stunt? 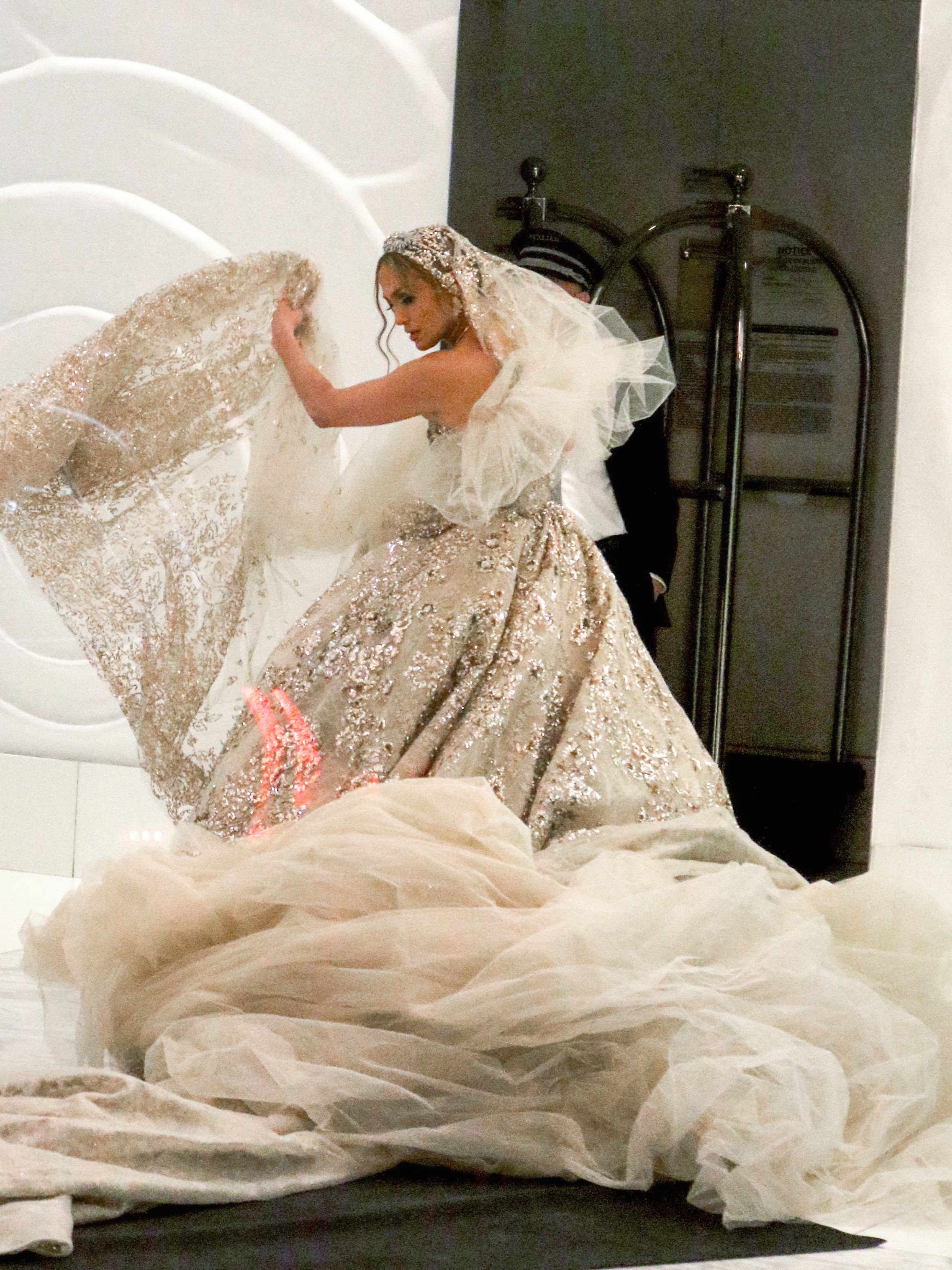 Anyways…let’s talk about J.Lo’s arms. They look super toned—thank goodness, because that dress looks incredibly heavy. She and A-Rod completed a 10-day workout challenge earlier this year that they shared on YouTube, and TBH, their gym sessions are no joke. They both also rave about TruFusion workout studios, which offers classes from Pilates to HIIT in studios heated up to 120 degrees.

When it comes to J.Lo’s actual wedding to A-Rod, she said on Strahan, Sara and Keke, “We haven’t locked down all the details yet.”